Elizabeth Schuyler Hamilton was often overlooked because of the presence of her husband, Alexander Hamilton. She was born in 1757 to a rich, social family with a father that was a Revolutionary War Major General. After marrying Alexander Hamilton in 1780, Elizabeth (Eliza) began to receive credit for pushing Alexander’s career; Eliza helped revise speeches and entertained the military officers he brought over.[1]

In her lifetime, she mothered eight children and created a home for her family. While her husband was alive, she lived a social and public life that allowed very little privacy from the nation’s eye.[2] She suffered embarrassment when her husband conducted an extramarital affair and made the details of said affair public. Due to this event, she burned most of her correspondence letters with Alexander, which leads to historians wondering what Eliza was left feeling. This led to a difficult time of the Hamilton’s life, especially as four years later their eldest son was killed in a duel defending Alexander. Elizabeth was not fond of duels, and had even less reason to be when in 1804, Alexander was killed by Aaron Burr.

She is said to have preserved his legacy, but it is also her legacy because of the time and energy she put into helping him. In the time period after his death, she searched for his letters and persuaded Congress to purchase them.[3] With the help of one of her sons, they were able to publish Alexander’s writings. Her selflessness allowed her to provide a better lasting impression of her husband. Elizabeth Hamilton felt that it would be pertinent for her to restore her family’s name after the passing of her husband. 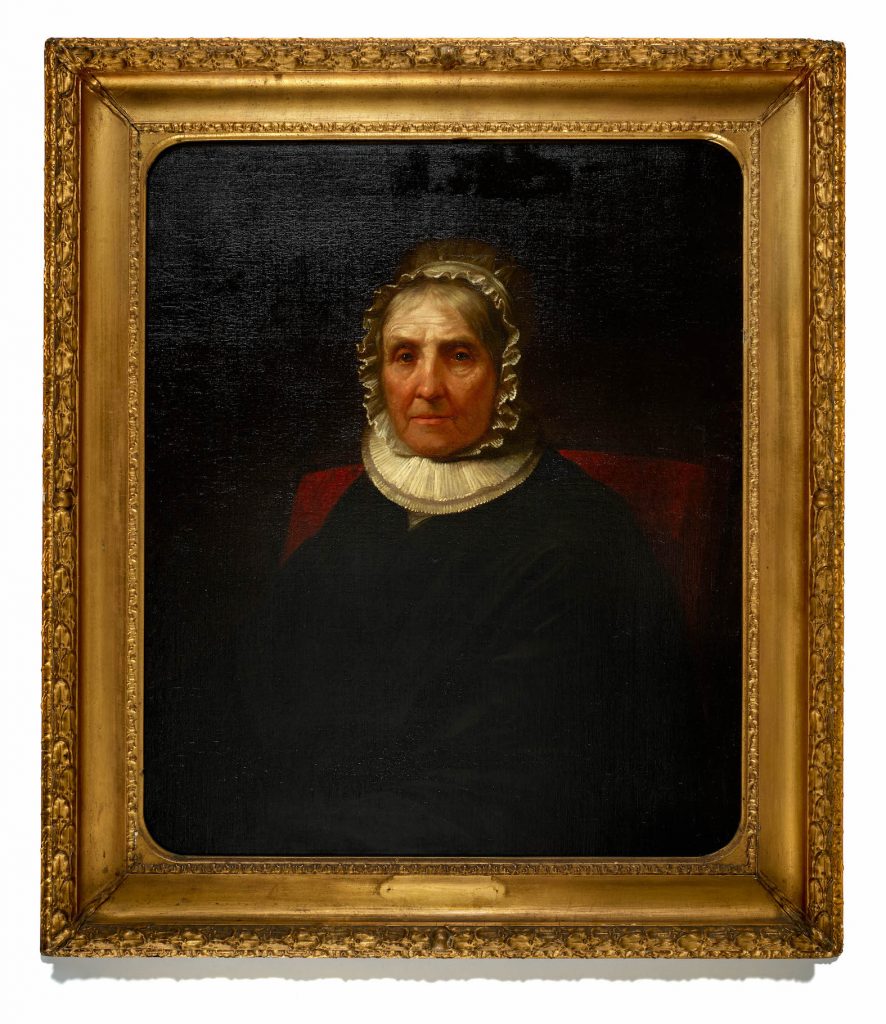 While participating in the socialite lifestyle with Alexander, Eliza participated charity work, but after his passing, she took it to a greater extent. In 1806, Eliza, along with Isabella Graham, founded the first private orphanage in New York City, the Orphan Asylum Society. She felt very close to the subject of an orphanage due to Alexander being orphaned at a young age. The Hamilton’s also fostered a young girl, Fanny Antill, when her mother passed away early on in Fanny’s lifetime.[5]

After the Revolutionary War, women began to gain power, be more productive, and benefit our new nation, America.  Elizabeth was able to use the prestige and status of her husband. Her societal placement assisted her in finding homes for orphaned children and to receive supplies to keep the Orphan Society stocked.

She served as the second directress of the Orphan Society until 1821 when she became the first directress. This position involved raising funds, collecting donated items, and supervising the education of children. Before her death in 1854, she gave her position over to one of her daughters. During a time period where men ruled much of the political and social power, she was able to create a better life for herself.

The orphanage still exists today but serves a different function. It is called the Graham Windham and offers schooling to foster care children. It has helped to benefit thousands of children as, “The Orphans shall be educated, fed and clothed, at the expense of the Society and at the Asylum. They must have religious instruction, moral example, and habits of industry inculcated in their minds.”[6]

This portrait was painted by Daniel Huntington, a prominent artist in the late nineteenth century, when Eliza retired in her nineties.[7] There is weariness in her look and she does not mind that she has aged. The portrait still hangs in Graham Windham today.

Her choice of the black dress is similar to two of her other portraits done after the passing of her husband. This choice is often shown as a sign of mourning and showed others in society that she was a widow. Also, Elizabeth does not smile in this portrait. She does not attempt to hide her wrinkles or age, which was uncommon in this time frame. Her eyes “betokened a sharp intelligence [and] a fiercely indomitable spirit.”[8]

A woman sitting for a portrait in her nineties was rare, but having the artist exhibit the true person was even rarer. Women in this time period were to exhibit a perfect outward appearance in the public eye. Often times, women would have the artist change their appearance in portraits to seem more attractive to those who witnessed it. Elizabeth was not one to succumb to social norms, as her wrinkles are present and her smile is missing.

The musical phenomena Hamilton revived the public’s knowledge of Eliza Hamilton and her contribution to New York City.[9] Her philanthropy efforts in creating the Orphan Asylum Society, New York City’s first private orphanage, did not go unnoticed, specifically in the closing song of the musical when she sings, “I help to raise hundreds of children”. The publicity that Hamilton received increased Graham Windham’s donation funds which allows for the better lives of many children, which is exactly what Elizabeth would have wanted. Not only have donations increased, but the events that were once empty are now lively and bringing in.

Caroline Fahringer is a Freshman at Wake Forest University.

Gender & Sexuality: A Transnational Anthology from 1690 to 1990 by Caroline Fahringer is licensed under a Creative Commons Attribution-NonCommercial-ShareAlike 4.0 International License, except where otherwise noted.