This picture was taken during the Second Annual Conference of the Gay Academic Union (GAU). The conference was held in New York City, New York.[1]The GAU was started in 1973 in New York in order “to promote and disseminate research on homosexuality and gay people.” It is comprised of a network of college and university chapters. In 1978, the Board of Directors moved to Los Angeles, California, and the annual conferences were held there. The GAU changed its name to the Lesbian and Gay Academic Union in the early 1980s. The LGAU stopped operations in 1987; however, some chapters continued into the 90s.[2]One of the women featured in the picture is Rita Mae Brown. She was born in 1944 in Pennsylvania. She earned her BA in English from New York University, and she received her PhD in political science from the Institute of Policy in Washington, D.C. Her most famous novel is Rubyfruit Jungle which was published in 1973. Brown was associated with NOW as she was politically active in feminist concerns, but then removed herself after noticing their lack of representation for gay women. She co-founded the Student Homophile League and helped found The Furies, which was a lesbian feminist collective that published The Furies: Lesbian/Feminist Monthly.[3]

It is unclear whether this picture was staged, but since the photograph is captioned “A Kiss May Not Make a Revolution, but It Just Might Start One,” it seems that it could have been staged. This was most likely part of the NYU chapter of the Gay Academic Union because it was created around 1974, which is when Rita Mae Brown would have been at NYU. 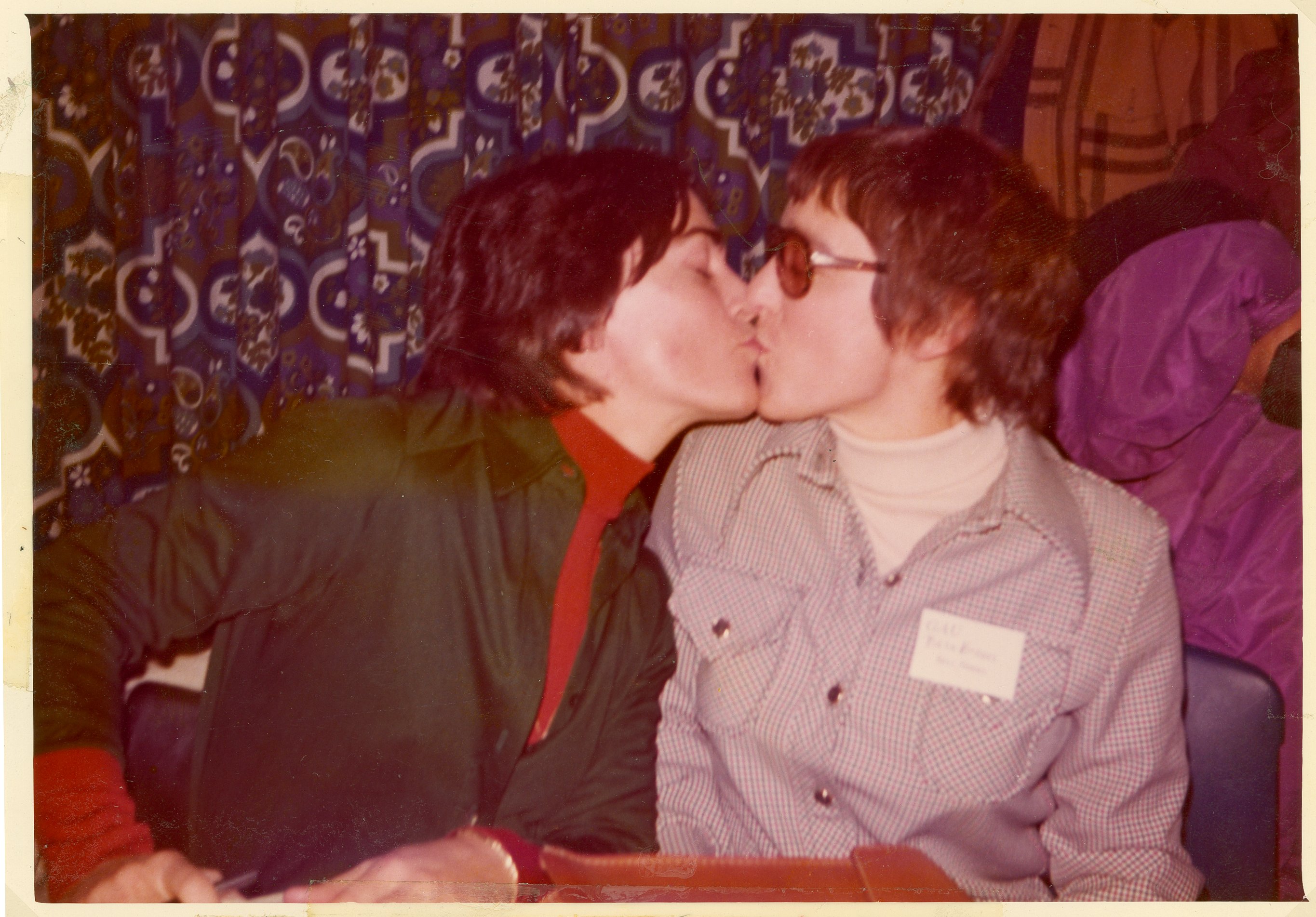 Gender & Sexuality: A Transnational Anthology from 1690 to 1990 by Virginia Sances is licensed under a Creative Commons Attribution-NonCommercial-ShareAlike 4.0 International License, except where otherwise noted.